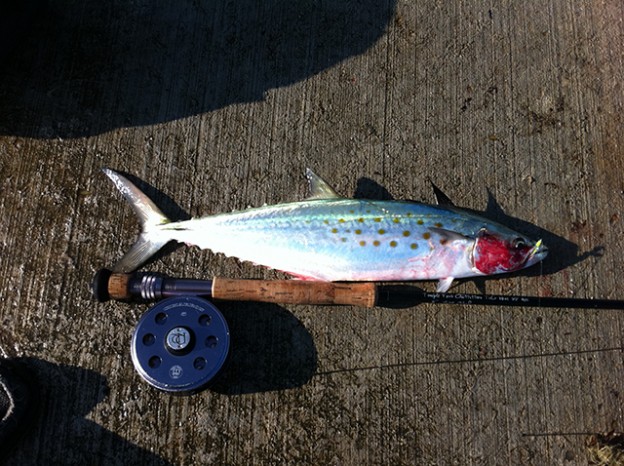 After 3 fish I decide to give Adam a call and let him know about the bonito. He calls bullshit and decides to come check for himself. The bonito were being pretty spotty, they would come up and go down any from right in casting range to 200 yds away. We both get quite a few shots at the schooling fish, but can’t seem to get an eat. After a few hours the heat is starting to get to us so we decide to call it quits. Fish totals are me 4 smacks and Shauna 4 fish as well. END_OF_DOCUMENT_TOKEN_TO_BE_REPLACED

An unusual catch with unusual friends 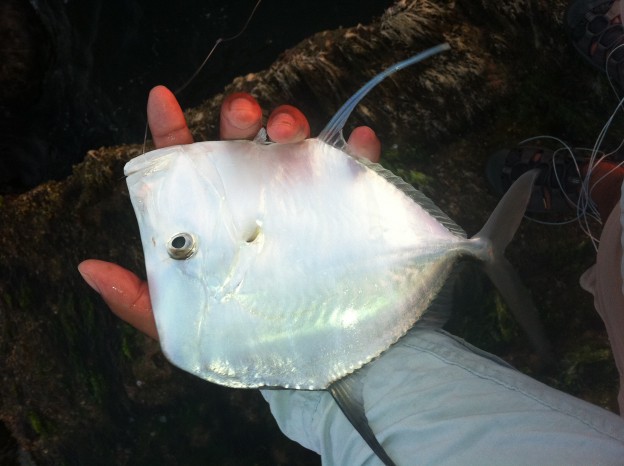 From August until October or so I had the opportunity to fish with a guy named Brad form out of state. He was born and raised and Colorado, but came down here for a few months to compete for a spot to be an AC-130 pilot which was pretty cool if you ask me. While he was down here he was looking for someone to show him the ropes and help put him on some fish. Austin ran into him first at Jerry B’s but soon put me in contact with him. While he was down here we caught quite a few reds and some black drum as well.

On one of our trips we went into the Lighthouse Lakes and got on quite a few reds, they were every where and doing what I like to call crawling. Crawling is when the water is just shallow enough for them to not swim great so they use their pectoral fins to drag them a long the bottom, it looks as if they were crawling when you see them coming your way. This type of redfishing is easy because all you have to do is throw a small surface fly, #4 gurglers or VIPs,  1′ in front of them and start popping it. They won’t always take immediately, but if they don’t it makes for an exciting take. They’ll follow it for 20′ sometimes and you can see the wake the entire time, right when they are fixing to eat they’ll lift their heads out of the water and crush your fly from above. The reason they do this is because their mouths are on bottom and to eat something on the surface they have too.

Around the same time a friend of Adam’s came down his name is Eric but we call him EGG. He to is a long rodder who targets trout frequently but lives in Northern California. While he was down I was working quite a bit and didn’t have the time to fish with him like I would have. Adam tried to put him on fish as did Austin but didn’t have any luck. While fishing with Adam they did run into a few tailing fish but chances were nil. One of the few shots that EGG got he hit the 26″+ fish right on the head. Conditions were less than ideal with rain and overcast the entire time he was here. END_OF_DOCUMENT_TOKEN_TO_BE_REPLACED 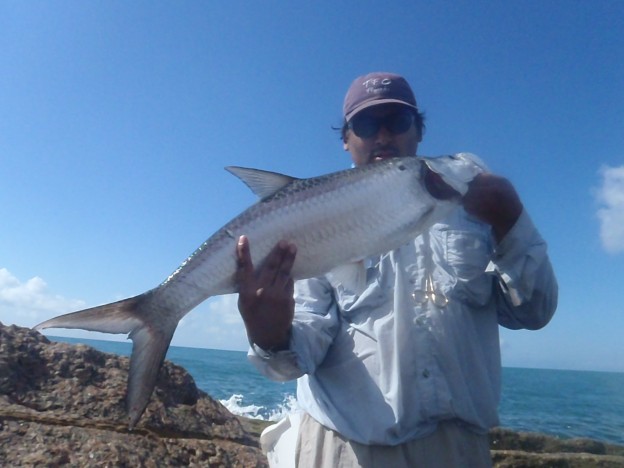